Off on an adventure today, the Grand Canyon! First stop though was breakfast at the Downtown Diner where we learned that if we'd had breakfast a couple of streets over the tax rate would be a few percent less; yep, tax rates vary even within the same town.

Then we headed off on highway 180 west out of town which is a small highway snaking out arond the San Franciscos (the volcanic range that Flagstaff nestles around). We passed through lots of ponerosa pine forest, and then quite unexpectedly emerged into a large meadow. There was a stiff breeze blowing and big clouds scooting across the sky but it looked fantastic. 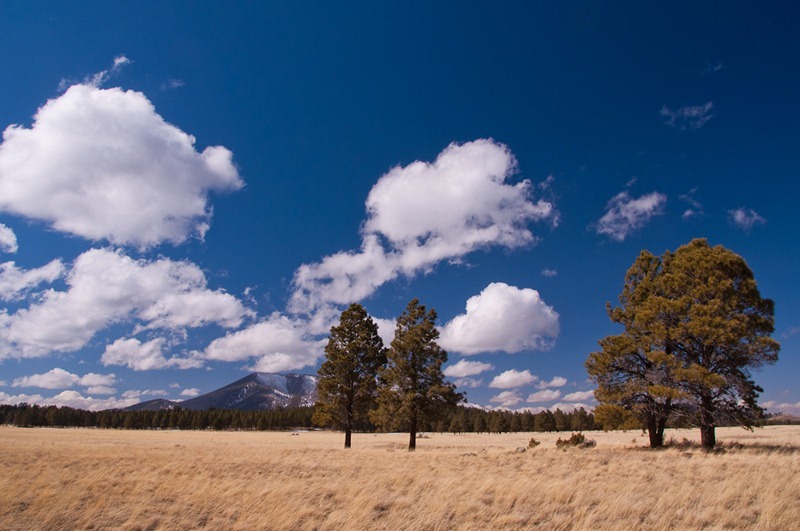 Onwards we drove and joined the main road to the Grand Canyon. Arrived at gates and paid our park entrance fee then found a park and went looking for the canyon.

You'd think something as big as the Grand Canyon should be easy to find but it took us a wee bit of hunting to actually find, not helped by the fact I hadn't been to this bit of the GC before. And then, suddenly, there it was! 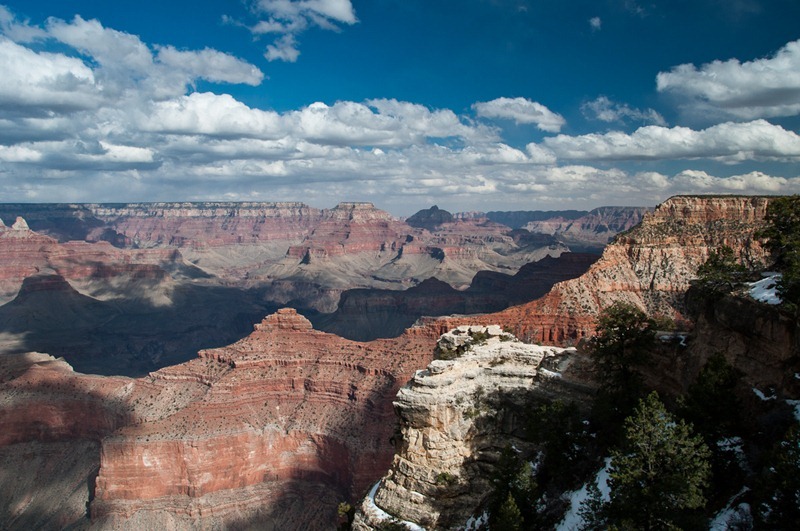 We wandered around for a bit, took lots of photos, even rode a shuttle bus to get to the far end. The shuttle driver had a terrible accent, somewhere between nasaly-Australian and glass-shattering-American. She was one of those people who when she heard we were from New Zealand, exclaimed "Get out!".

A lady offered to take my photo at the edge while her partner clambered back up from an even more precarious position. 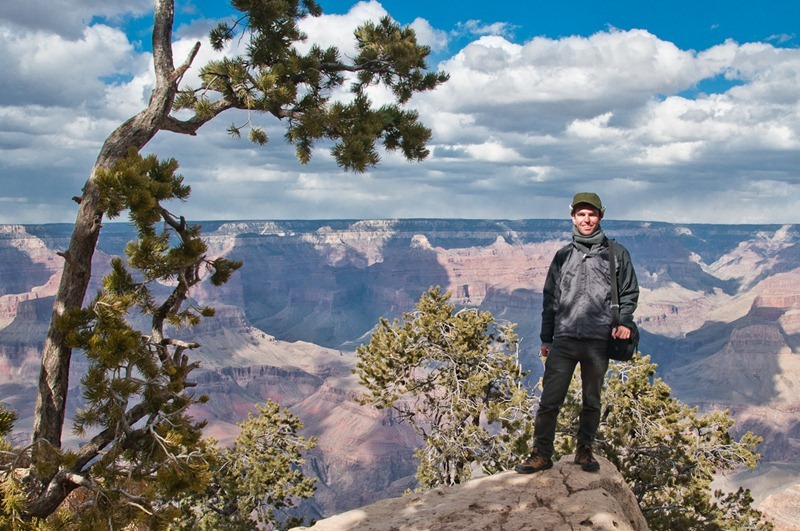 The wind was blowing pretty strong by the time we got to the east end of the canyon and there weren't many people around. 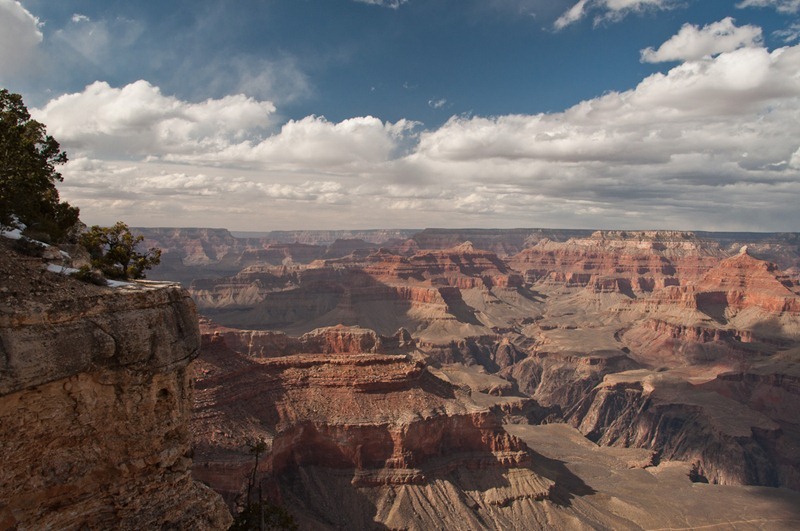 The weather forecast had been predicting plenty of snow building around Flagstaff later in the day, and we could see the clouds building, and certainly feel the wind. 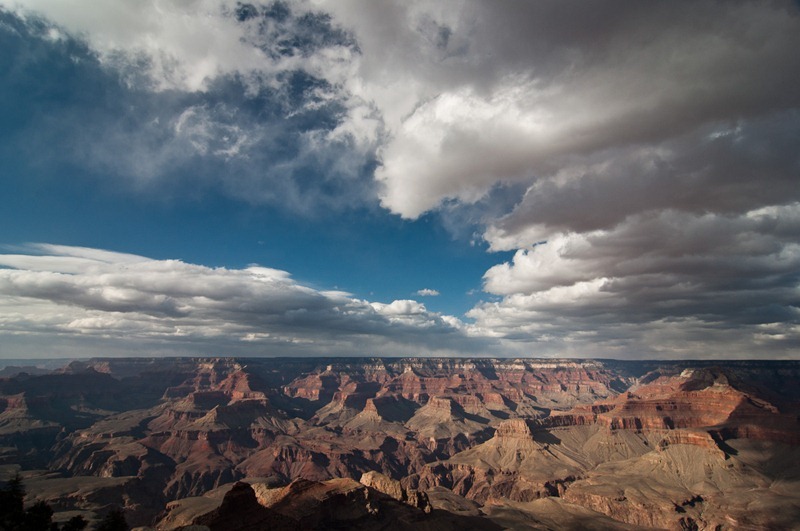 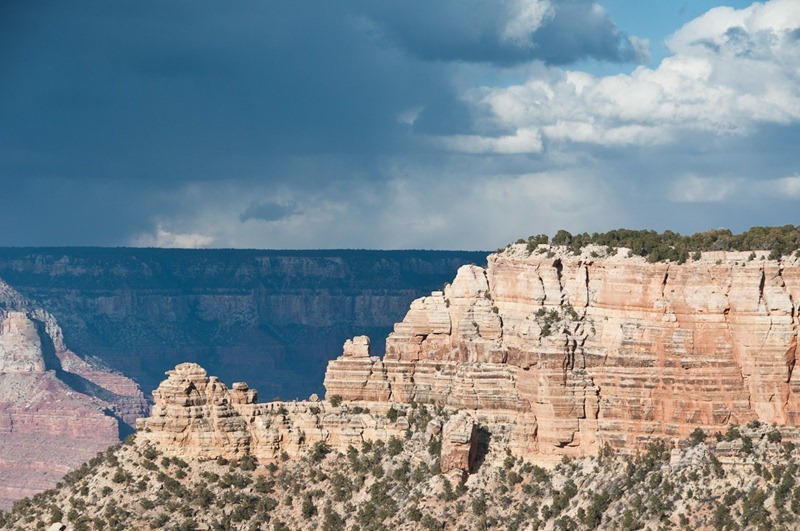 By 4pm it was getting pretty cold and we were feeling tired so we found the car again and headed back. 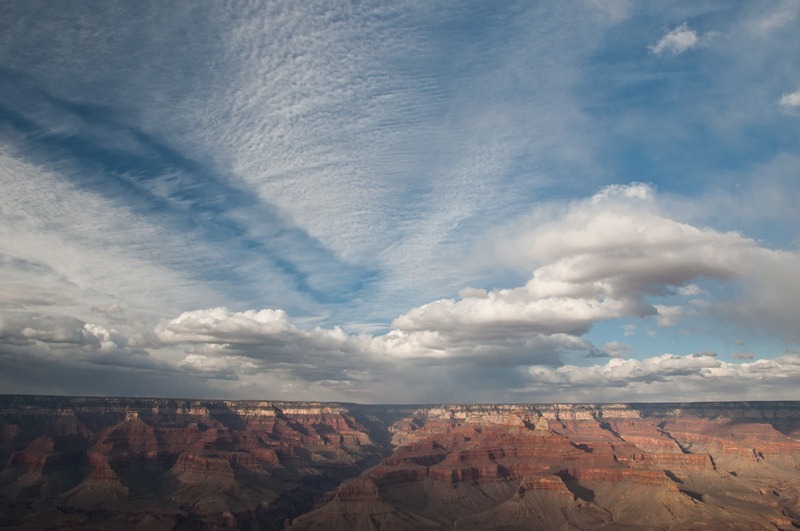 Heading back we could see the massive storm brewing over Flagstaff and snow seemed pretty likely, we even drove through some good flurries on the way back as we climbed up to 8000 feet. At the meadow the storm clouds could clearly be seen. 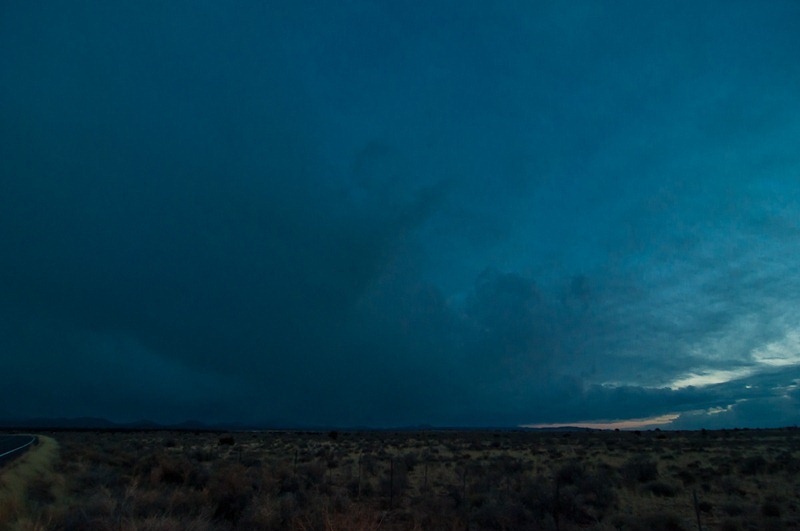 The Jeep was rocking around quite a bit as the wind buffetted it, but we got back just fine. Grabbed some dinner (no idea what) and crashed at the motel. Checking the weather forecasts the snow was still coming, and the predicted accumulations were getting bigger, up to 5-8 inches but not starting till 1am. As I drifted off to sleep a quick hail storm had left the car with a thin coat, and then just as I was closing my eyes the real stuff started coming down. The wind was pretty strong and I could see great clouds of it swirling around. The ever present trains looked great charging through the snow, their headlights lighting up great cones of falling snow.