Replacing the screen of a Kindle 3G

Unfortunately after my trip to the US there was a small casualty: my Kindle's screen had cracked and only half worked. 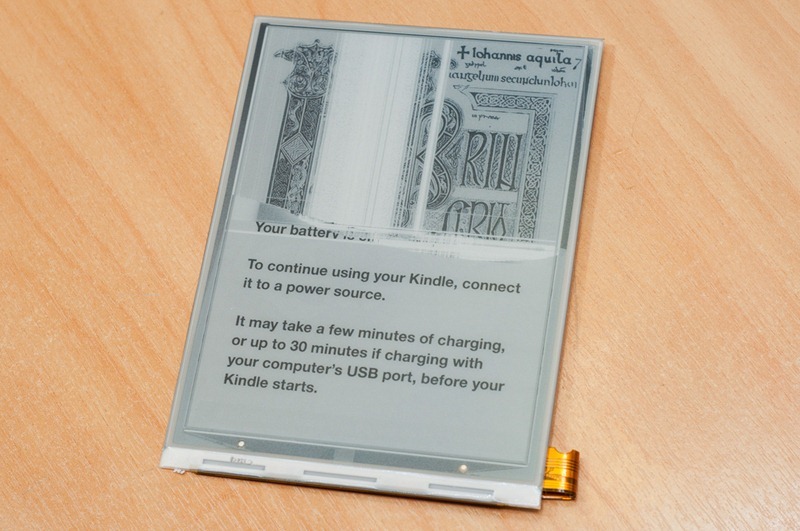 As you can see, the top half was more-or-less stuck on the screen saver image, while the bottom half was still functional. And no wonder, there was a huge crack across the back of the epaper layer. But, notice how there is still an image on the screen even when it is completely disconnected from the device? This epaper stuff is very interesting, requiring power only to change the image; the rest of the time the device can actually be turned off and the image remains present on the screen. Compare this with LCDs and other display technologies which require constant power to produce an image, and you can see why epaper is such a favourable technology for ebook readers. Epaper itself is quite an interesting technology, consisting of lots ot little balls of black and white ink, suspended in little bubbles. Each bubble makes up a small dot on the screen, and many dots form a single letter. If the dot should be black, then a charge is applied to that dot which causes all the black ink to go to the top of the bubble, making it appear black. If it should be white, the inverse happens and all the white ink goes to the top, making the dot appear white. So you can see that when the screen is cracked the electical charges won't be able to get to the top half of the screen, and won't be able to change polarity of the eink, meaning that the image can never change. 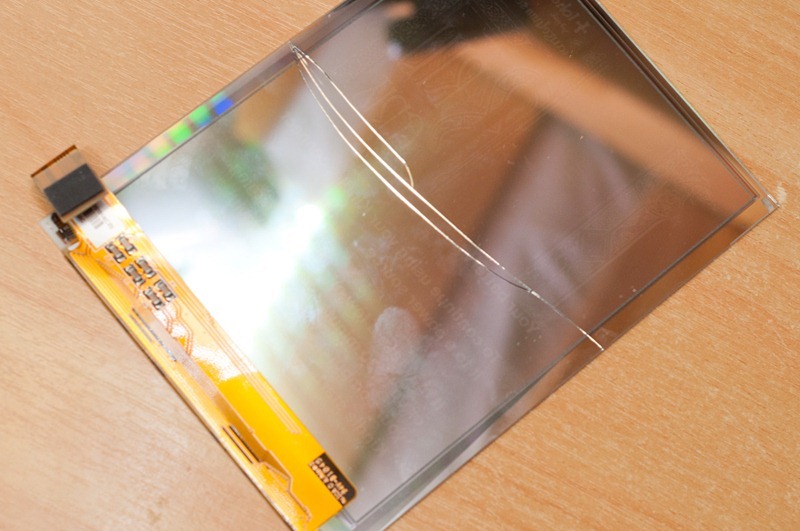 So once my travel insurance came through ($140) I jumped on ebay and bought a replacement screen for $90, including shipping. A week and a bit later it arrived. 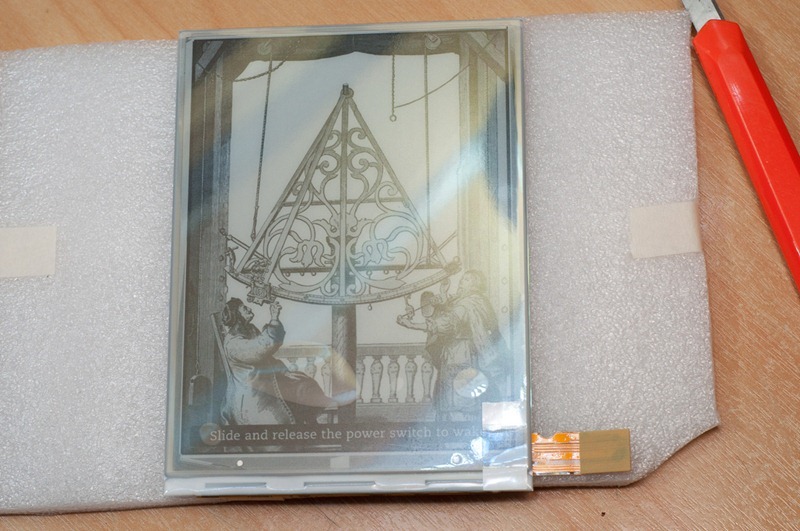 Notice how it too has an image on the screen? Despite never having been plugged into my Kindle… clever huh!

So with my new screen in hand, I completely dismantled my Kindle and popped out the old screen. Then after removing the protective cover on the new one I dropped it in and reassembled it. 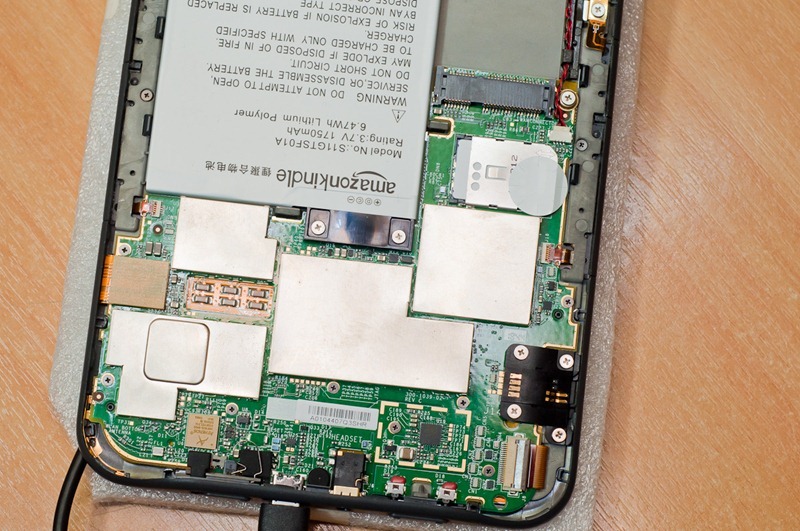 Here you can see the rather compact motherboard, large battery, micro USB socket, and assorted connectors and sheilded components. At the top right is the SIM card and socket where the WWAN card goes, which is just standard mini PCI Express. I've actually stolen the AnyData DTP600W card for my own testing, however I'm not having much luck, it seems a fairly esoteric device with no Windows drivers around.

All re-assembled the moment of truth arrived: 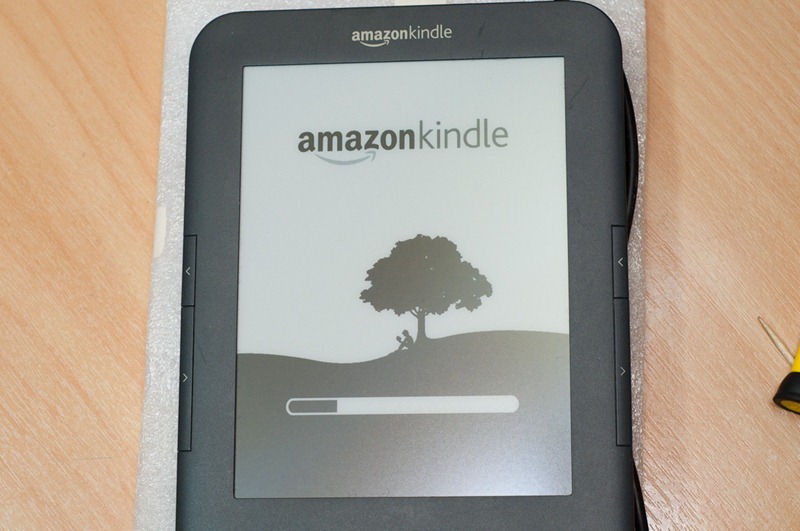 Success! So not only do I have a good-as-new Kindle, but I also made a small profit of $50 on the ordeal, which about covers the time I spent filling in the paperwork.

I find it immensely satisfying being able to repair to my gadgets. Thanks to the Internet, PayPal, and the many Chinese companies embracing ebay, replacement parts are only ever a few clicks away. And that to me is far more satisfying than having to buy a whole new gadget!