First thing for the 8th was to swap the car. Phoned up and quickly got something sorted out. Went off to the Tucson airport to swap the car. Had to fill up the tank and gave the foot wells a quick vacuum to remove the inches of dirt that have worked their way in there. Then off to the airport. Got given a red Suzuki Forenza which was intended to replace our midsize Hyundai Sonata. In theory the Suzuki is a midsize car too, but it wasn't any bigger than the compacts next to it, and it drove weird; almost like it had a delay. Plus it was scratched up something rotten, had a chip in the windscreen, and the interior was pretty rough. Asked for a different one; they had two whole rows of cars after all and it seemed we'd been given the worst of them all. Well, it turns out they could only give me the Forenza or one of the compacts, as all the American (read: real) cars are only for local use. Grrr. So I got a brand new blue 2010 Hyundai Accent… mmm nice. Until I drove it. No electrics at all; I've gone from a car with automatic headlights, cruise control, electric mirrors, windows and sunroof, to a car with manual windows and no central locking! A brand new 2010 car without central locking?! Wow.

Ok so it's just a car, but it took me half a day to work out there was no central locking so all those times I parked in dodgy areas and went inside… hmm. Will certainly be asking for a credit from the rental company on this one. How does it drive? Pretty poorly, it guzzles petrol (a tank a day) like it's an V16 tank or something, and it utterly gutless. Getting onto the Interstates is a real battle the acceleration is so slow. Needs as much runway as a 747! Its a miracle we can get everything into the boot too. It's probably a great little car if all you do is potter around town, but out on the Interstates where 80mph (130kmh) is slow and lane jumping is the only way of surviving, it really is out of its depth. Give me a big honking car any day.

After the car swap I went and found a train shop, again though there prices were all pretty high. Got a few more carriages, but a lot of the stuff there was far cheaper elsewhere. Found another shop with a collection straight out of the 80s, and priced like they were antiques; walked straight back out.

On the drive out from the Airport we passed the Davies-Monthan Air Force Base and WOW, they have a LOT of planes! 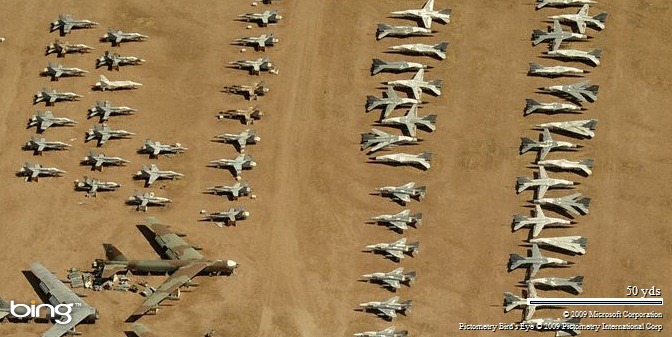 Not my photo, but click the photo to explore around the base. We passed row after row of Hercs, all stored. Quite a sight, really puts the size of the US into perspective when part of one row contains more than our entire fleet!

Next we headed off for the International Wildlife Museum, not really sure what to expect. Was quite interesting actually; a museum of stuffed animals! Weird concept, but makes sense; one stuffed animal can last a lot longer than a real one; it doesn't need feeding or any other care; you can fit hundreds into a room; they're never hiding or sleeping, and they can be posed in very dramatic ways. 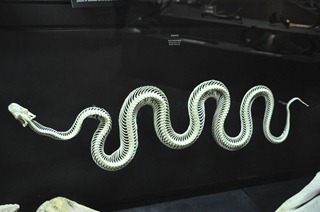 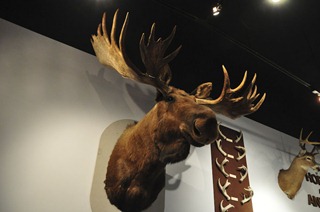 Snake – ok not technically stuffed in this case, but still very cool / A moose head

The Bobcat display was pretty cool; they had one taking a swipe at a pigeon, and another taking on a rattle snake (usually winning too apparently). 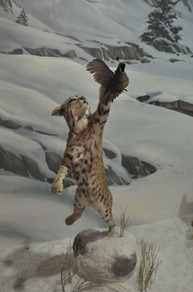 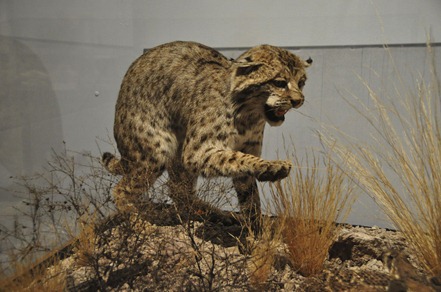 Here's where the stuffed thing really comes into its own, as they can be mounted and posed to show just how amazing they really are. The little scenes were done very well too, usually with exquisite backdrops. Their artificial snow is amazing. 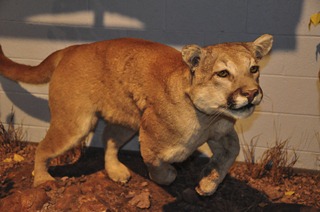 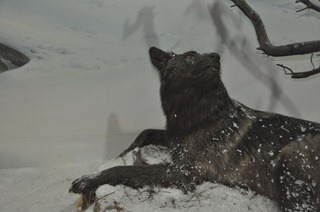 Mountain lion on the chase / Mexican Gray Wolf in the snow 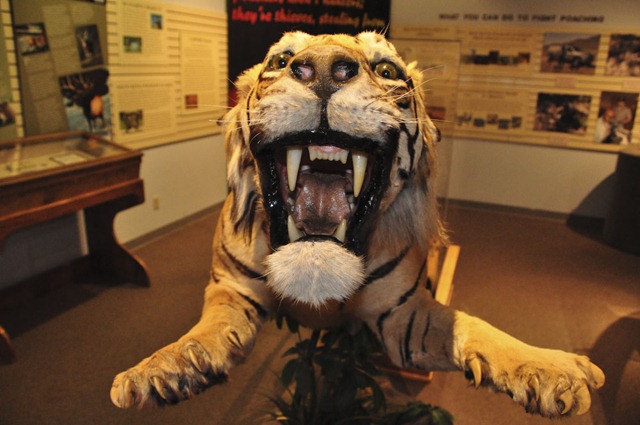 One room in particular was breath-taking; it had hundreds and hundreds of heads on all four walls. There is something amazing about being able to see the progression of a species, such as all the different types of moose, or how similar (and diverse) deer and antelope are. 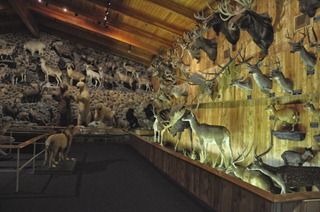 Some animals were obviously some of God's great prototypes: 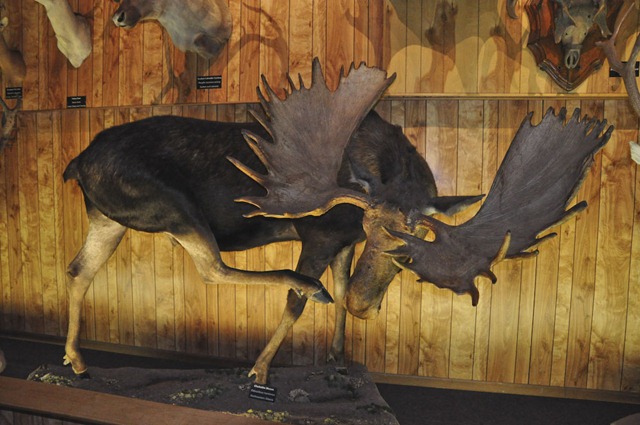 How thing thing ever made it through the forest I'll never know! 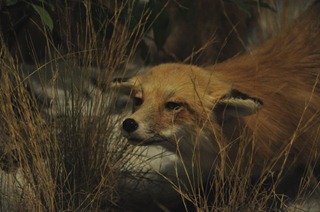 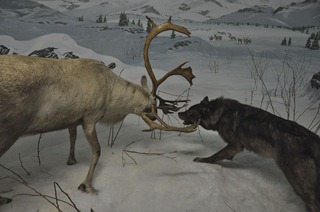 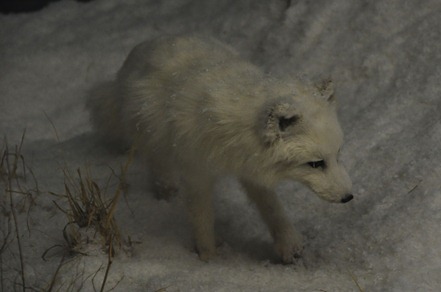 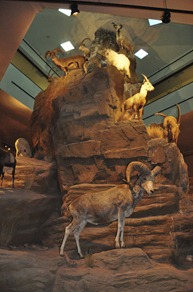 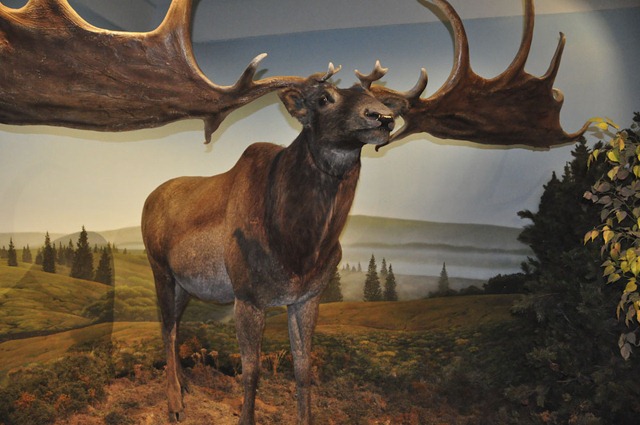 Outside the cacti of Tucson are easy to see. Tucson must be one of the few places where the traffic islands have cacti growing instead of the usual ivy or stones. 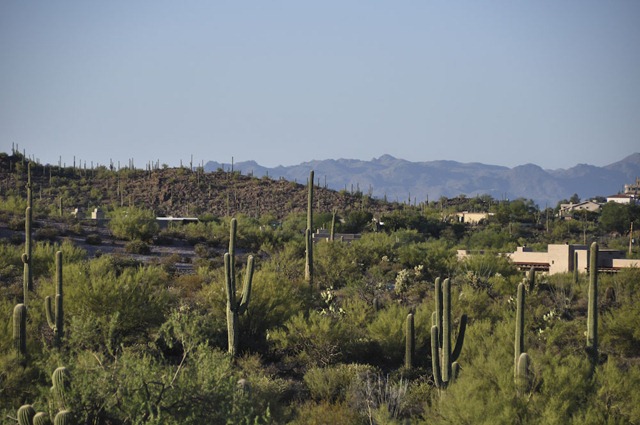 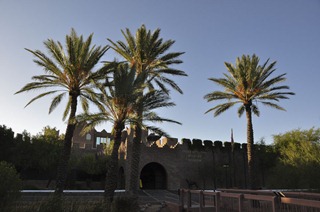 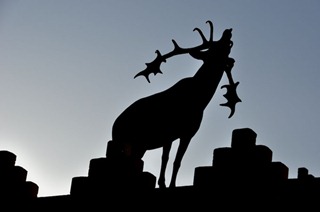 On the way out we saw a real javelina pig having a sniff around the museum grounds looking for dates (the palm trees are date palms apparently). 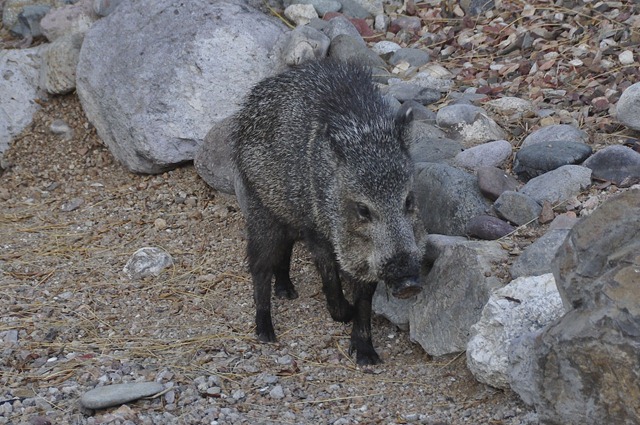 Then it was off back to the motel. The rooms there are nice enough, but the exterior of the units (and especially the stairs) have all the charm of an ex soviet housing estate. Some of the inhabitants were pretty interesting too; friendly, but still interesting characters. 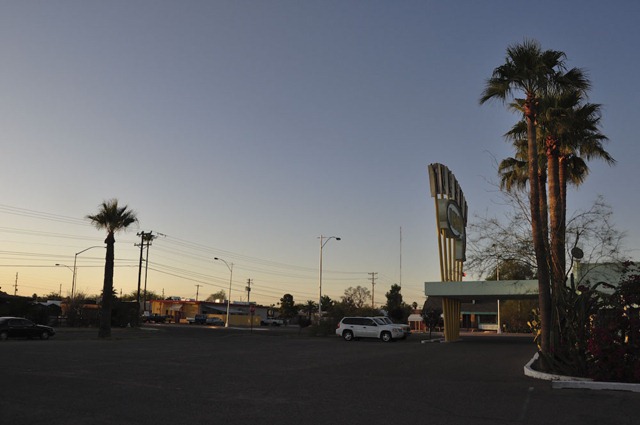 Here was where I discovered a string of mysterious charges and reversals on my credit card from the car rental company; further hunting showed that my contact that I'd spent (literally) hours sorting out was really no better, and that it was going to cost me $2500+ for the rental, rather than the $1800 I'd been quoted! I'm not sure how I overlooked and more to the point signed such a thing, but there you go. An hour standing in the baking sun does things to you I guess. At least that explained in part where all my money had gone. So I agonised over the details and sure enough if I'd read the reverse properly I would've seen that the $1800 only covered the first 30 days of the contact, not the whole 42 like I'd been told it did. To save the suspense: after a broken nights sleep I phoned them in the morning and after being transferred to numerous different people I reached the right person who simply asked what I'd been quoted and added a credit to my account for the difference. I was so glad it was fixed!