I haven't written in my blog for quite some time, but that doesn't mean I haven't been active. Moving to Masterton meant I had to leave my model railway behind, no small sacrifice! However I've been busy modelling while up here, just on a smaller scale.

In my 6 months up here I've built 3 small N scale modules. Each one is a small self-contained scene, 750mm long by 300 to 400mm wide. So far I have a coastal scene based on the Kaikoura Coast, a blizzard scene based on Marias Pass, and a prairie scene based on a lonely grain elevator near Lind, Washington.

Each module connects together to form a larger railway. They're all small and lightweight, and easily portable, so next time I move they can come with me. 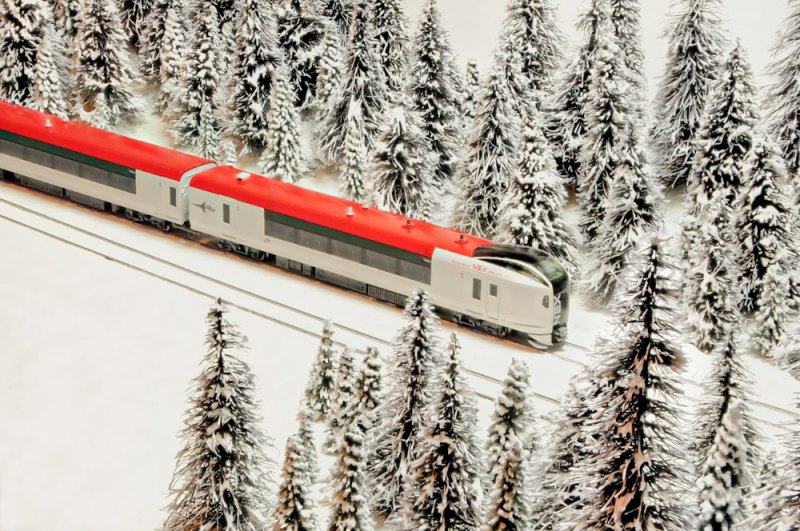 I've been haphazardly sharing my progress here and there, but never on my blog. One day while pondering over dinner what to call my railway I had a brainwave: Utrainia . Utrainia is a portmanteau of Utopia and train, which perfectly describes my vision for my model railway.

Now that I had a name, I knew I had to build it a website. And so without further ado, I'd like to introduce you to: UTRAINIA .

Naturally with a name like Utrainia I had to build up a back story. I've decided that the country of Utrainia is located deep in Europe. It's a fictitious country where rail is the transport mode of choice. Passenger trains are fast and luxurious, while freight trains transport everything from coal to containers. It is spread across a diverse geographic zone, and it the seasons are as varied as they are extreme. Stormy coastlines border Utrainia to the south, while in the north high mountainous passes lead to neighbouring country Trainsylvania. It's interior features vast prairie lands with vast grain crops.

While most of Utrainia is sparsely populated, there are several cities that support both long distance passenger trains, and high density local commuter trains.

The history of Utrainia

Under Soviet rule Utrainia received a vast rail network, however the maintenance regime left a lot to be desired. Following independence from the USSR in the early 90s the rail network rapidly declined and much of the equipment was scrapped. Luckily some forward-thinking laws made it near-impossible for the lines themselves to be scrapped, and over the next couple of decades a number of international railway companies took advantage of Utrainia's open-access rules and prime geographic location. This has lead to a resurgence in the railway industry, with many companies establishing niche operations.

Thanks to Utrainia's coastal borders, foreign motive power is easily purchase and shipped, and that is why Japanese passenger trains are often seen passing EMD and GE locos from the USA. A recent Swiss connection has lead to the purchase of a luxurious Swiss passenger train for use in the breathtaking scenery to the north.